Medina is a city in Hennepin County. Its roughly 27 square miles and Highway 55 serves as the main route. The land was originally inhabited by Native Americans and was formally declared a village in 1858. It was named after the holy city of Medina in Saudi Arabia. The population of Medina is roughly 6,500 and with over 27 square miles, there is a lot of opportunity for growth. In fact, since 2000, Medina has had a population growth of almost 93%.

Medina is a nice blend of newer neighborhoods and new construction like Plymouth mixed with rolling hills and working farms like Independence or Minnetrista as you move further west into Medina. In Medina, you are able to have horses on parcels of land larger than 5 acres and you will find some of the best riding schools for children in Medina.

Retail and businesses are growing rapidly in Medina and you won’t have to go too far to find a Target, McDonald’s or grocery store. Nearby Plymouth also can cater to any dining or retail needs you may have. Another nice amenity of Medina is the Uptown Hamel area. It provides a pedestrian-friendly “main street” that blends retail, office, and specialty shops.

​​​​​​​Medina has its own Police Department and is served by four different fire departments: Hamel, Long Lake, Loretto and Maple Plain. Based on crime statistics, violent crime is 88% lower in Medina than the national average.

​​​​​​​The beauty of Medina is the ease of access for its residents. It is only a 25 minute commute to downtown Minneapolis, but you have all the creature comforts of a larger city within a few minutes drive. The city of Medina has also made a commitment to the parks system and preserving nature.

​​​​​​​Medina has a robust retail and dining scene. Just a few of the options: Medina Entertainment Center is a fun stop for local concerts, bowling and casual dining. Robert’s Restaurant and Bar is a nice place to meet up after work. Or 3121 Pizza for the quick pizza night.

The district has roughly 2,470 students and employs more than 370 staff members. Over 70% of Delano School District faculty hold a master’s degree or higher. In addition to having highly educated faculty members, Delano has made a commitment to updating all the grounds of their schools and building a new intermediate school for grades four through six.

True to most of Lake Minnetonka’s school districts, Delano is an award winning district. The district consistently received the Minnesota Department of Education’s School Finance Award for being financially responsible. The elementary school was recognized as a National Blue Ribbon School in 2013 and the school district has consistently been named a Reward School by the Minnesota Department of Education. Delano high school students test in the top across the nation on their ACT each year. And Delano students substantially exceed the state averages in math, science, and reading scores on the standardized tests each year.

Orono School District is a top rated school district that serves Independence, Long Lake, Maple Plain, Medina, Minnetonka Beach and Orono. Orono is unique in many different ways. Starting at a single campus setting (all schools are located within walking distance of each other), the campus being nestled against 2,000 feet of lakeshore, and sitting on a serene natural setting.

The school district is small in number of students but big in achievements. Orono High School makes the top of the "best" of being named on America's Top High Schools list (Newsweek), Top High Schools (Daily Beast), America's Most Challenging High Schools (The Washington Post) and Best High Schools/Gold Medal (US News World & Report). In addition, the district was named a National District of Character by the Character Education Partnership. In addition to being top notch in Academics, Orono has a robust athletic program, arts and music program, and other extracurricular to meet everyone's needs.

Schools within the Orono School District

​​​​​​​Wayzata School District serves the cities of Wayzata, Corcoran, Maple Grove, Medicine Lake, Medina, Minnetonka, Orono, and Plymouth. The Wayzata School District is an award winning school district for academics and has a very competitive and diverse athletic program. Oakwood Elementary was awarded the prestigious National Blue Ribbon Award in 2017 recognizing the school's and District's commitment to excellence. In a recent community wide survey, 93% of the parent's of students rated the quality of education provided by Wayzata Schools as excellent.

​​​​​​​​​​​​​​Rockford School District serves the communities of Buffalo, Rockford, Greenfield, Medina, Corcoran and Independence. The district has a student population of 1,650.

Rockford has two unique schools: the elementary arts magnet and the center for environmental studies in the middle school.  The elementary has a focus on arts infusion.  Students experience the artistics disciplines of dance, music, visual art, literary arts and media arts. Their focus is on a strong academic core with endless opportunity for the students to express themselves creatively. The middle school goes beyond the traditional curriculum in STEM and offers students opportunity to engage in hands-on, project based learning through Exploratory classes centered on STEM standards.

Rockford has been recognized both locally and nationally for their one student at a time approach. The Crow River News named Rockford High School as the 2016 Readers Choice Best Public School and also named a Green Ribbon School by the US Department of Education.

With the relatively small population and large amount of the city left undeveloped, there is tremendous opportunity in Medina for single family homes. The average Medina home sold in 2017 for $671,000 with 168 days on market. 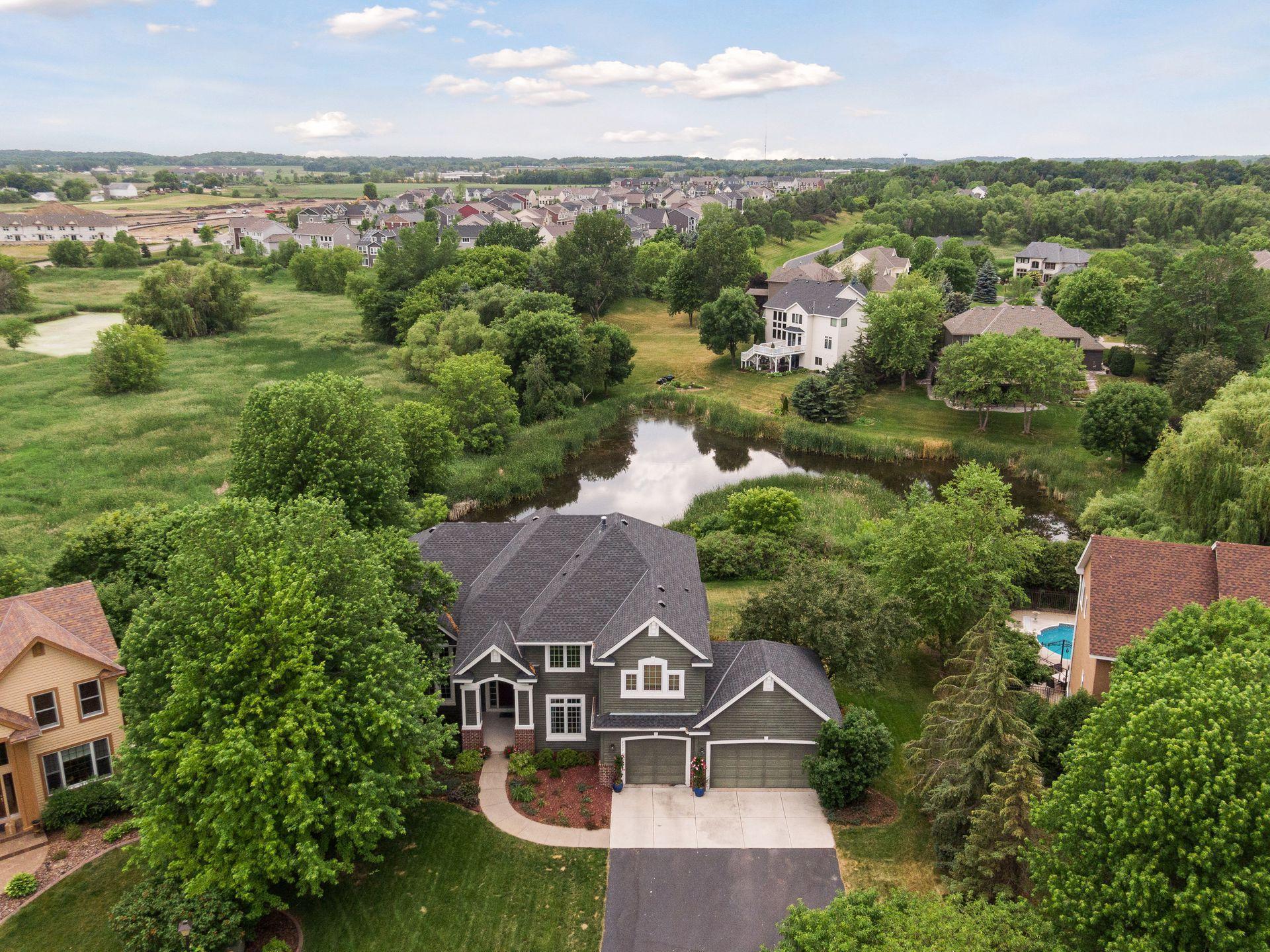 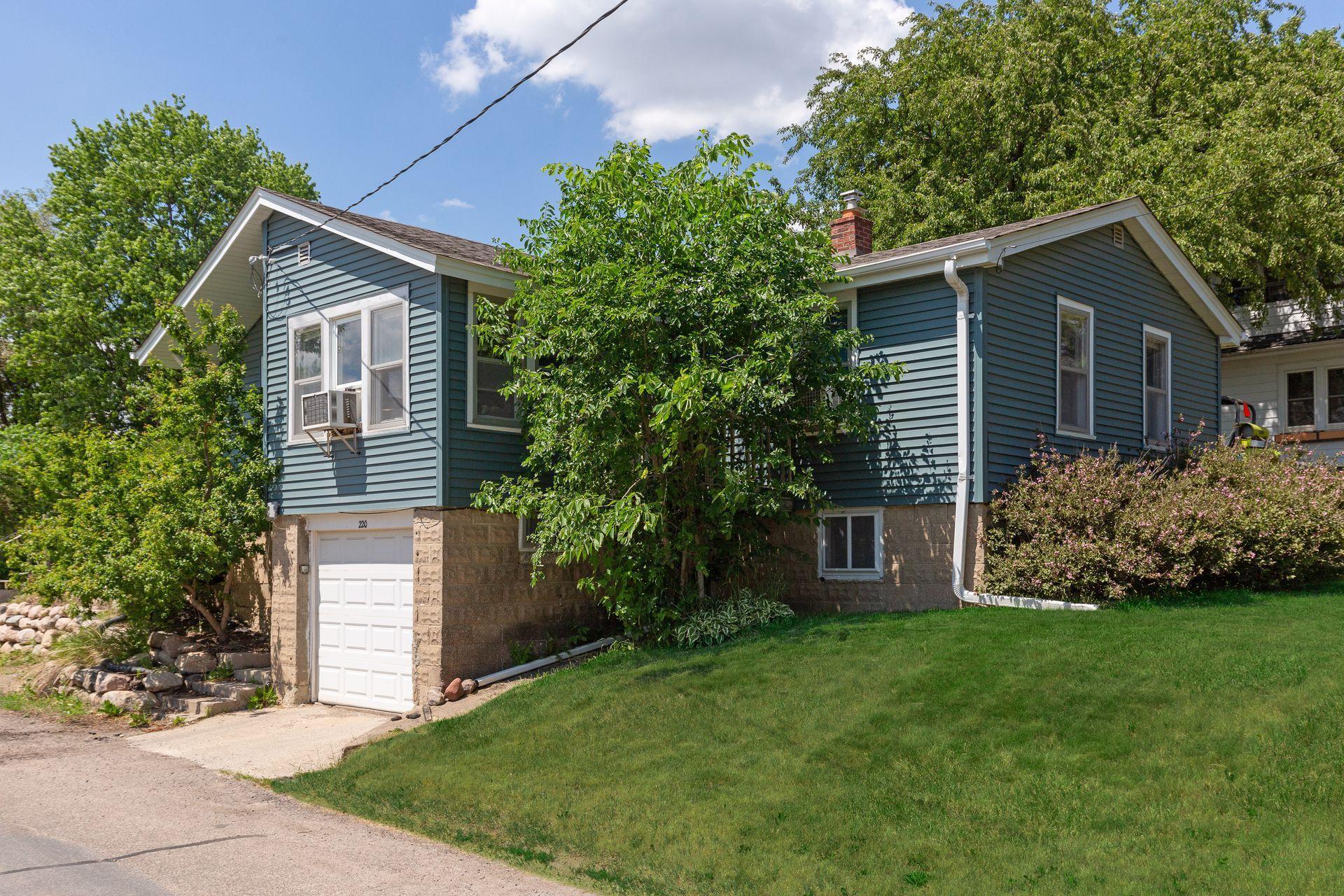 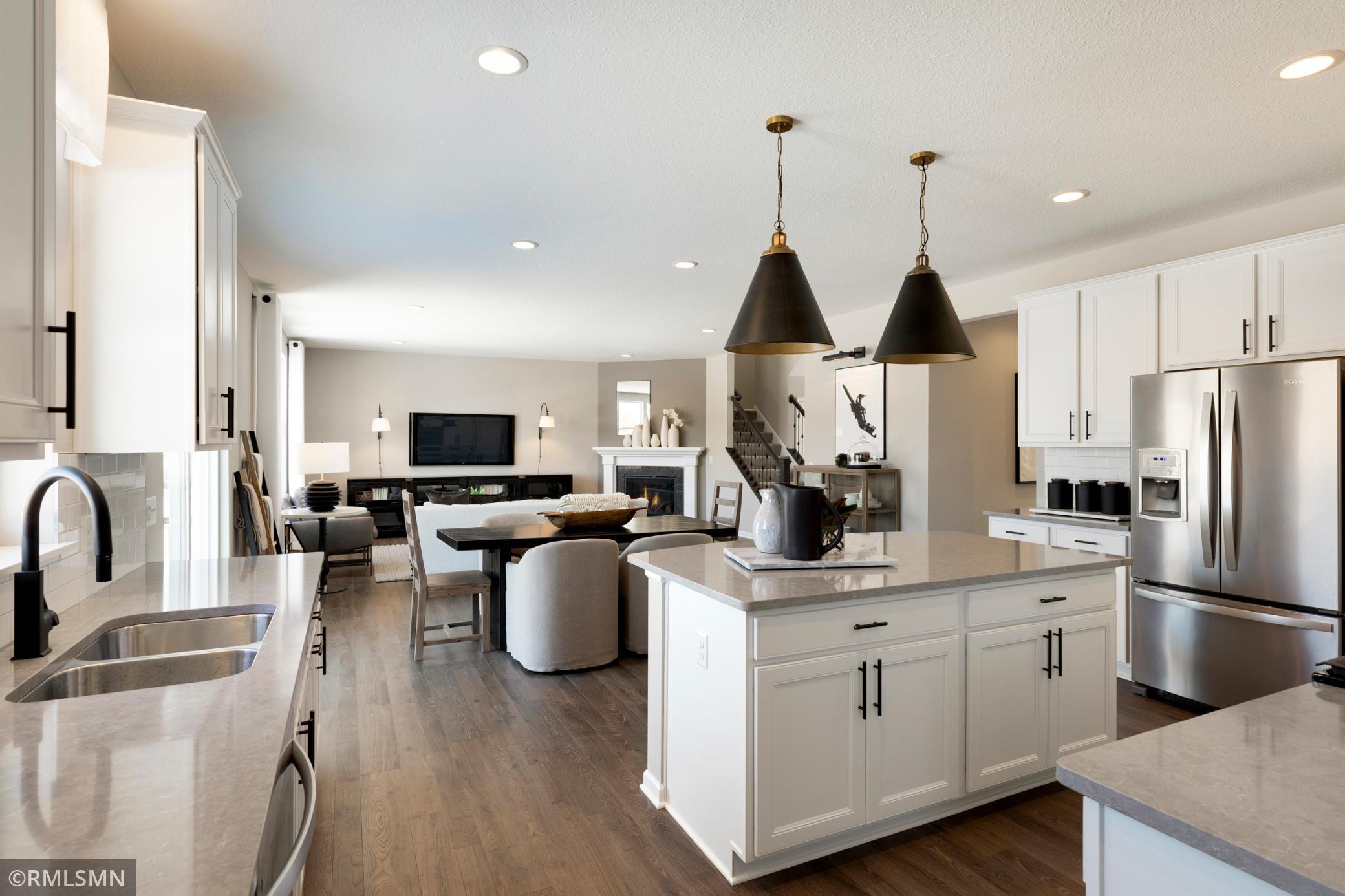 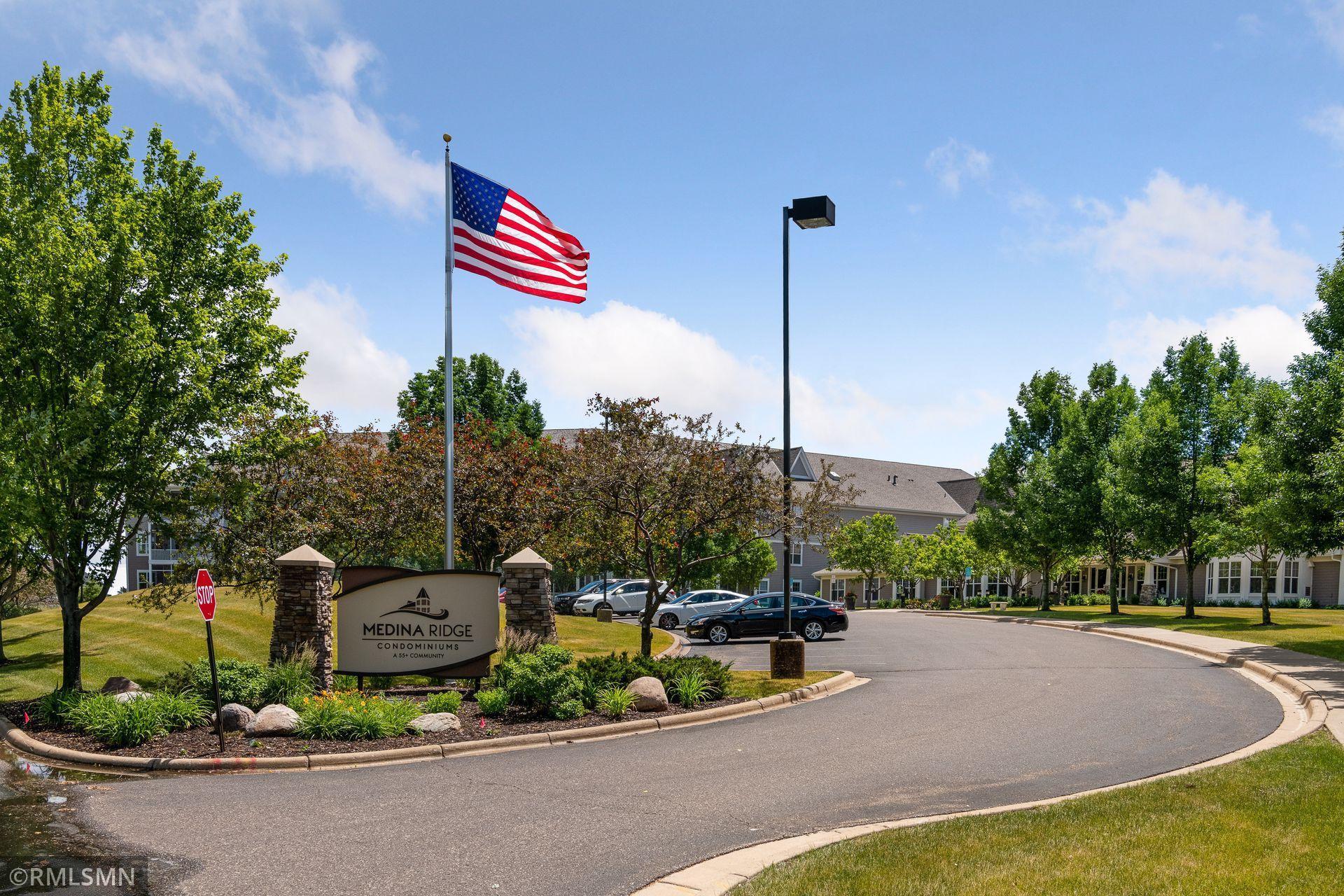 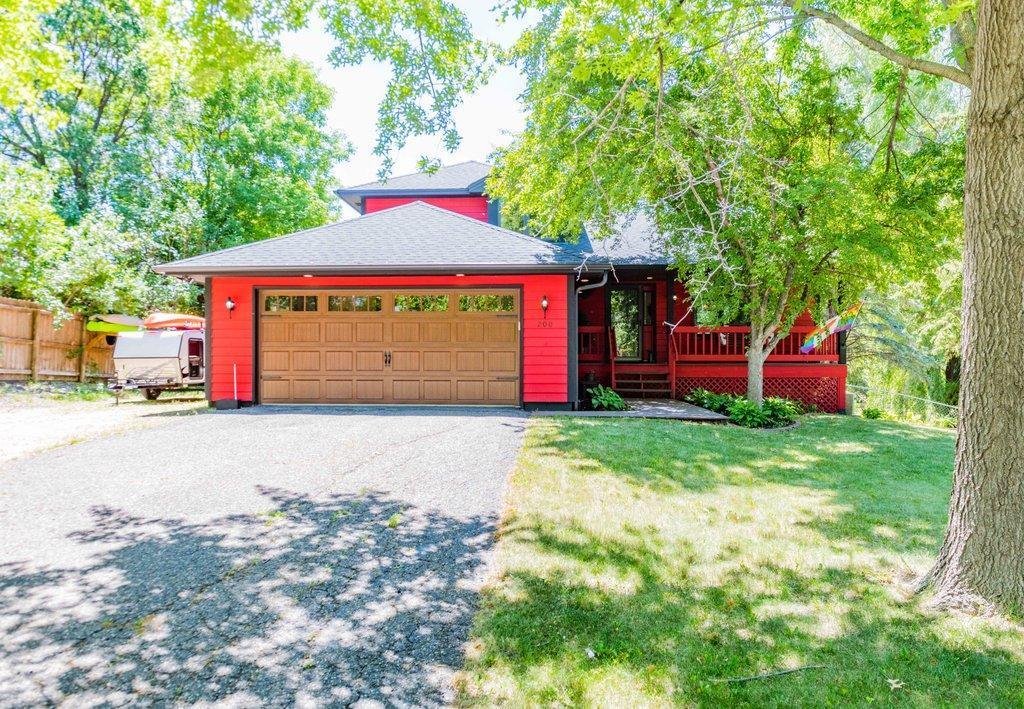 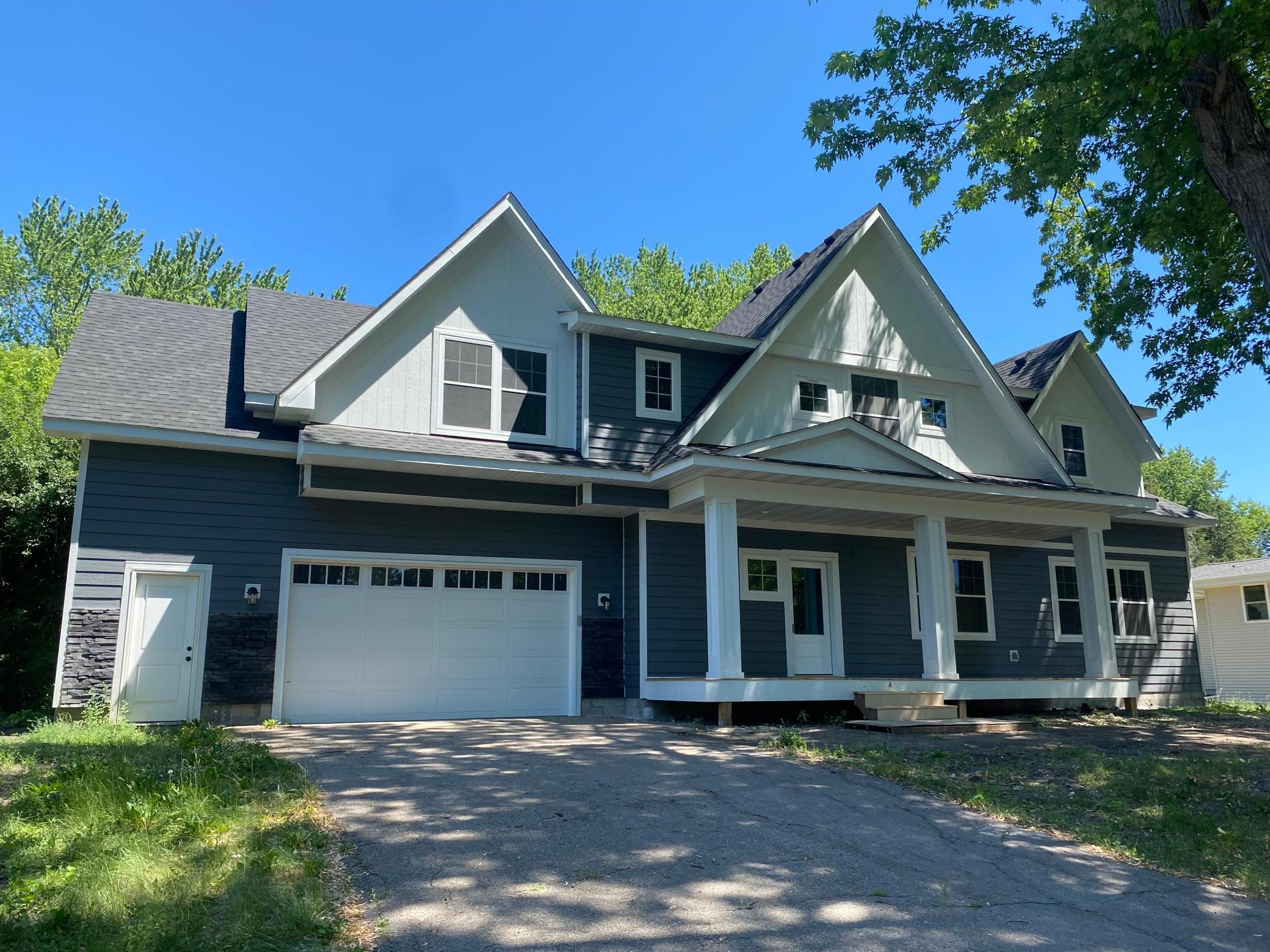 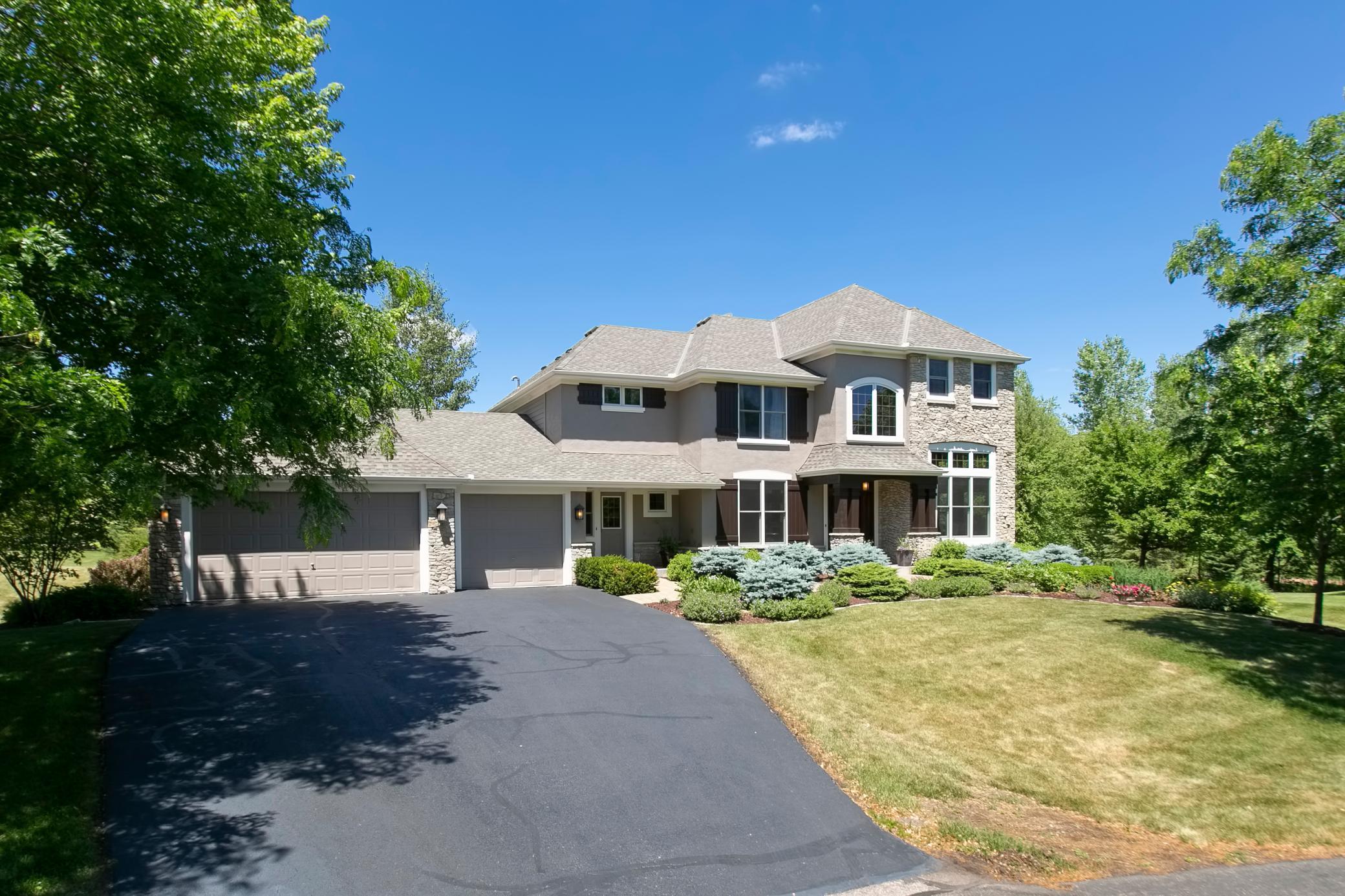 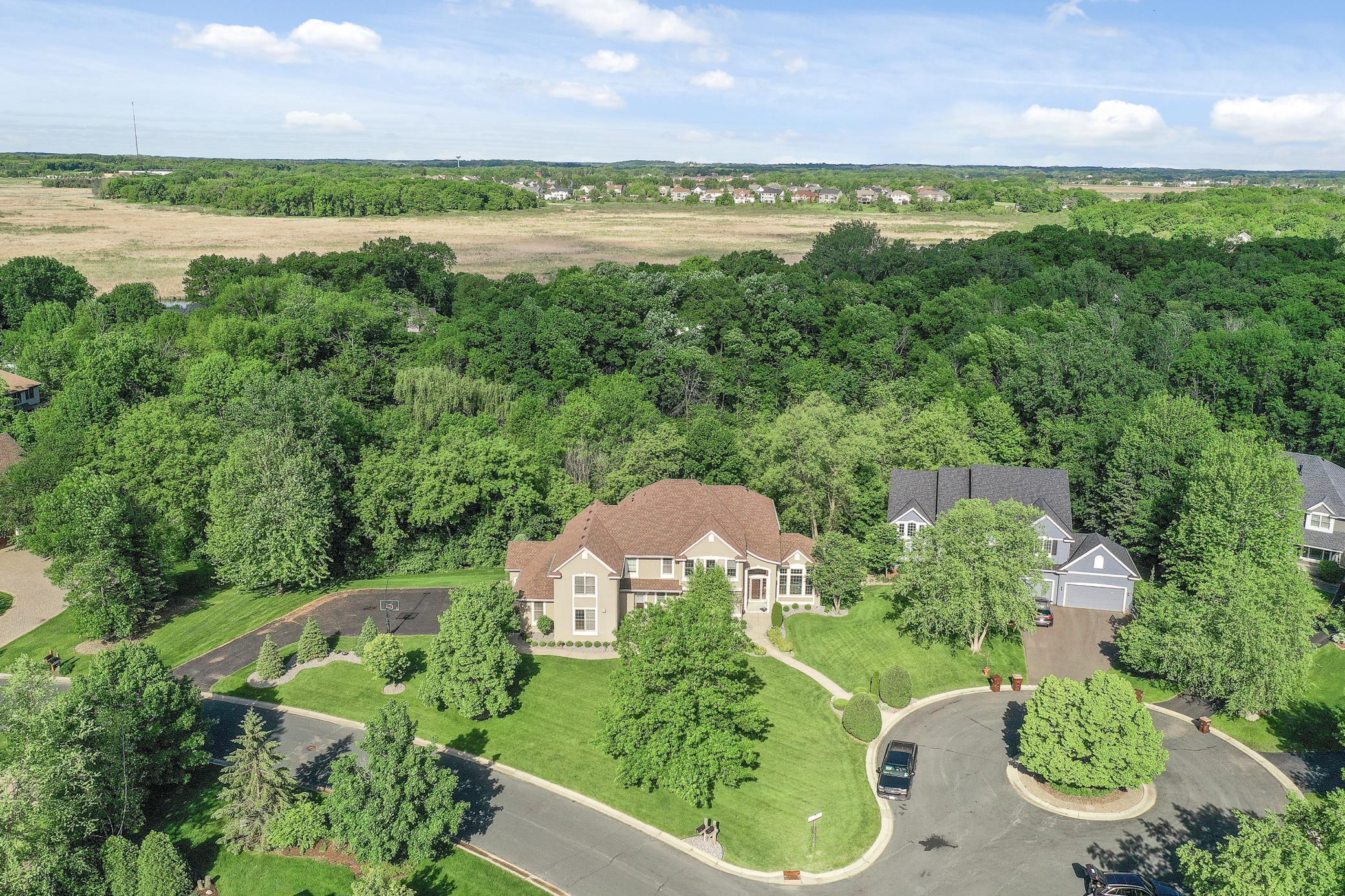 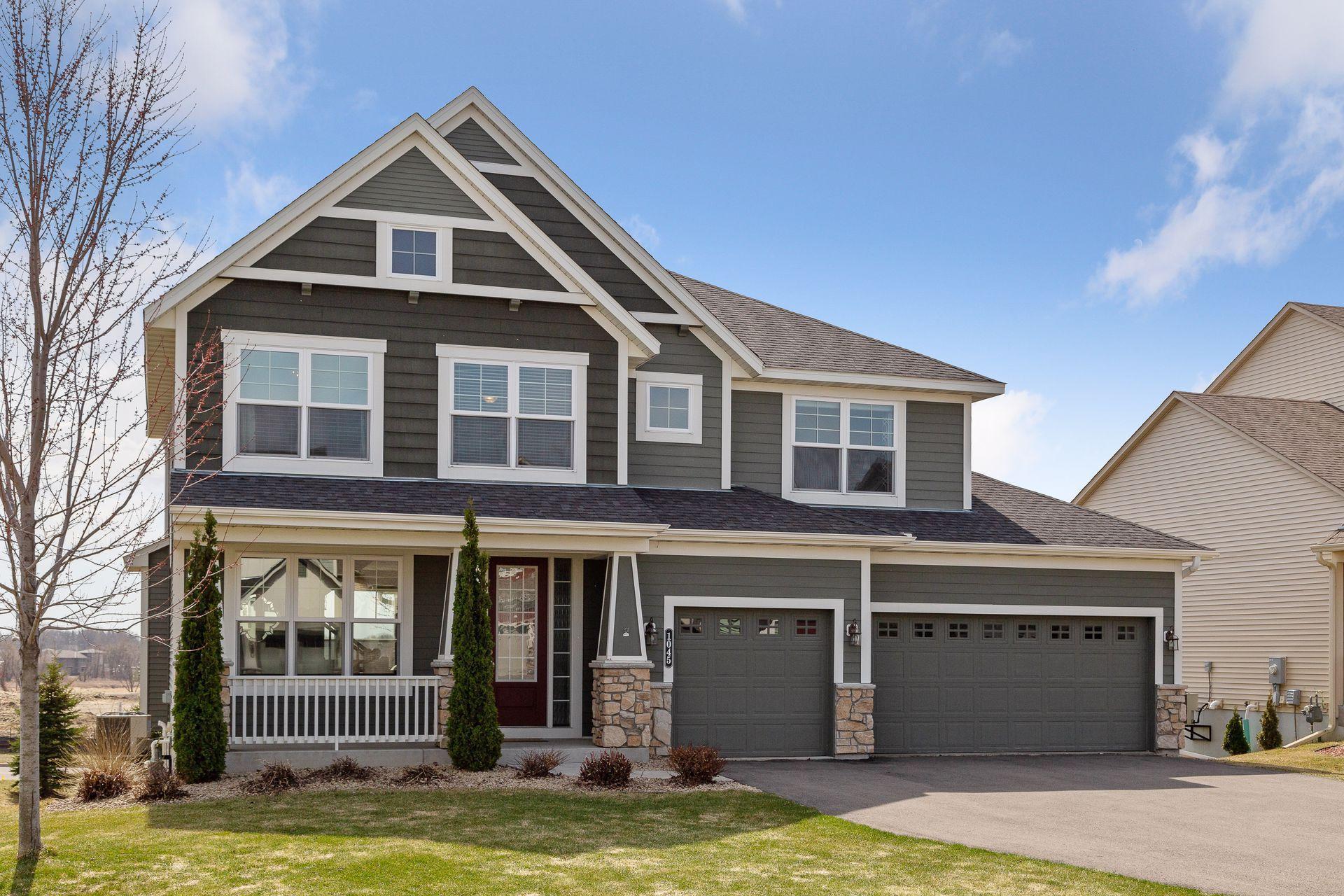 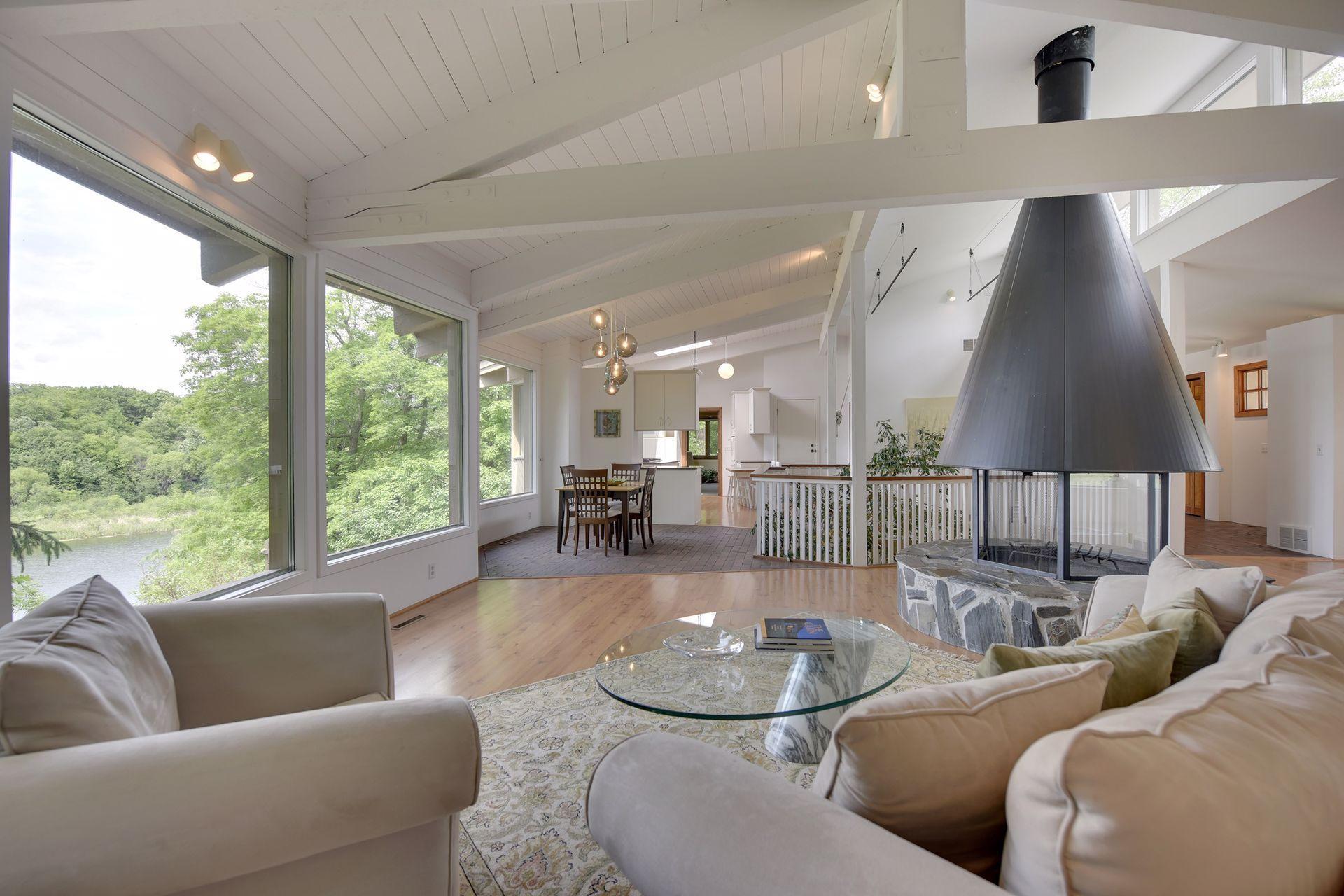